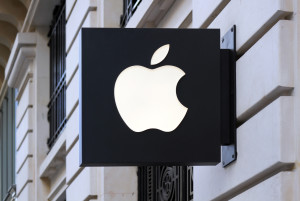 Well, Apple has done it again.

Along with the unveiling of the new iPhone 6, the innovative company that has had such an immense impact in today’s world, also revealed the Apple watch.

In an earlier blog, I asked if marketers create an artificial need, because as marketers, we’re always having to answer – especially to those who are skeptical about marketing – the following: Do marketers create the need? Or are we responding to a need?

Apple’s watch certainly looks great and the company is sure to have numerous orders for their phone, which will be released in early 2015. With this new gadget, Apple intends to let you make the most of time.

But isn’t a watch just supposed to be a watch? Did anyone desire a watch with all of these features? Is Apple creating another artificial need?

When Apple created the iPhone, could anyone say there was a need for it? No. Many people seemed content with their mobile phones that accomplished the basics of what phones are supposed to. But Apple, always thinking ahead, decided to go quite a few steps further and created their iPhone, which had a huge impact culturally and for Apple, financially.

No doubt there are many instances in which the need is there first. Yes, we all would like to have watch that tells time accurately. We also like to have watches that can be used for sporting or other outdoor activities, with heart rate monitors and apps for measuring distance. We also would like a watch that matches our wardrobe, from casual to formal and the office. And there are many out there – Rolex, Parmigiani Fleurier, and many more.

If marketers are creating the need, then this is an artificial need. Or is it?

Are you happy with your watch?

If you’ve never heard of SMS phishing, or SMiShing, you’re not alone. Most people aren’t aware of … END_OF_DOCUMENT_TOKEN_TO_BE_REPLACED

Have you been searching for an efficient way to stay connected to your customers? Customer … END_OF_DOCUMENT_TOKEN_TO_BE_REPLACED