You are here: Home / Branding / Change Happens; Your Brand Should Not 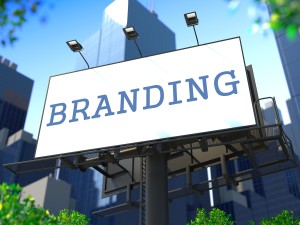 People change. We know that one technological innovation today will be yesterday’s old news. The world is always in flux. Even your customers change. Does that mean your brand should change? Should you try to be everything to everyone?

One thing that should not change is your brand’s message, and it’s promise to your customers. In short, your brand should stay the same.

A few years ago, ad by Porsche portrayed their elite brand as no longer exclusive. I could not help but think that the car company that once carried the cache of exclusivity is in danger of losing its way, speeding off into the pedestrian.

The ad’s tagline, “Engineered for Magic. Everyday” begins with the image of a mother brushing snow off of her red Porsche, then snapshots to a baby in the car, before being driven off down the suburban street, with the tag “SNOWMOBILE” above it.

This is followed by a middle-aged man walking to his silver Cayman with bags of what is probably soil or gravel from a hardware store, who then drops them into the trunk, and the tag “PICKUP TRUCK” hangs above it as he enters his car.

The third vignette shows a businessman walking through a parking lot’s second level to his white Carrera GTS, enters it and revs up the engine, as if to blow off the day’s quotidian past life, a smile spreading across his face and the tag “GETAWAY CAR” hovering above it.

In the final vignette, two young boys are sitting on the steps of their school as a school bus drives off, while almost instantly a school bus-yellow Porsche pulls up, driven by one of the boy’s mother. They run to the car, entering it, with the tag “SCHOOL BUS” over it. The voice over says, “A car designed for a singular purpose, yet somehow, it manages to be so much more.”

Porsche, begun by Ferdinand Porsche, was at first a company that was in motor vehicle development and consulting only. In the 1930’s, the German government contracted the company to design a people’s car, leading to the Volkswagen Beetle. The Porsche 64 then followed in 1939.

Throughout the many years, however, Porsche itself has held the mystique of being an exclusive car for an exclusive set, its image enhanced by its success in racing competitions across the many decades. Outside of racing, it produced tractors and military vehicles, a little-known fact. Lately, however, Porsche has entered the SUV market with the Cayenne.

Although brand Porsche is still respected, to further protect it, one would have hoped that the SUV would have been manufactured under one of its other subsidiaries, maybe Volkswagen. SUV’s are touted to be the everyday vehicle for the modern family, which would carry on the traditional reputation of Volkswagen. This would leave the sports car segment to focus on its on staying known as a luxury vehicle for the speed enthusiast.

It’s okay to be exclusive. In trying to widen their market, they might lose (some of) their admirers and those who once thought of Porsche as a luxury vehicle offering the thrill of speed.

Let’s hope that Porsche will slow down and read the signpost with the warning, “Don’t Be Everything To Everyone”.

If you’ve never heard of SMS phishing, or SMiShing, you’re not alone. Most people aren’t aware of … END_OF_DOCUMENT_TOKEN_TO_BE_REPLACED

Have you been searching for an efficient way to stay connected to your customers? Customer … END_OF_DOCUMENT_TOKEN_TO_BE_REPLACED