You are here: Home / Branding / How To Destroy Your Brand 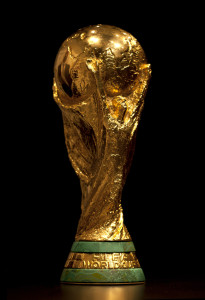 As more allegations of corruption regarding FIFA’s awarding the 2022 World Cup to Qatar refuse to disappear, soccer’s international governing body remains adamant that nothing unethical has occurred, with the president, Sepp Blatter, even going so far as to accuse the British media and others of having “a racist and discriminatory agenda”, while continuing to deny any corruption ever took place.

If you’re looking for a sure lesson of how to destroy your brand, you need not look any further than FIFA and its president.

Although soccer is the world’s most popular sport and with the World Cup currently under way in Brazil, many of its supporters and detractors agree that much is wrong within the sport and that it needs cleaning up. Both detractors and supporters bemoan the ongoing acts of cheating – diving to con the referee to give a penalty, overacting and faking injuries so that an opposing player may get sent off – and constant match fixing, FIFA’s stance will only further hurt the brand of soccer. (Remember the Salt Lake City Olympics?)

FIFA as a brand represents soccer to the world, but when the brand continues to tarnish itself, the sport it represents will only suffer. Let’s look at a few ways FIFA’s behavior will do this.

Ignore Constructive Criticism and Refuse to Change
By continuing to acknowledge and investigate charges of corruption, brand FIFA exposes itself to accusations that is an organization that is uninterested in serious reflection in order to gain the trust of soccer’s stakeholders – fans, players, national and club teams, and others involved in the business of soccer. If Apple behaved in a similar manner, you can be certain that it will affect the public’s perception of the brand, which will be that the company is dishonest.

The Straw Man
By lashing out at critics who genuinely care about soccer and how it is governed, and accusing them of having “a racist and discriminatory agenda”, FIFA’s president shows a refusal to take criticism seriously, and an unwillingness to have any genuine discussion about corruption. Any CEO who lashes out at honest criticism and builds straw men shows that he or she is unwilling to listen to others and cannot be an effective leader.

Ignore Your Business Partners
Already, sponsors and advertising partners are calling on FIFA to investigate these allegations. The World Cup has proven to be a boon for companies in terms of advertising and marketing, and it is doubtful that these companies will easily shred ties to FIFA and soccer’s biggest event. However, Nike, MasterCard and others must be concerned about the indirect affect a corrupt FIFA will have on their brands.

Ignore Your Customers
Soccer fans have long ago complained that FIFA is too powerful an organization, and that after all the stadia have been built with public monies, and the World Cup finished, FIFA leaves their countries with debt, while the organization itself profits too handsomely, further giving the image of an elite that is alienated from the sports fan base, and that uses their countries to enrich themselves. Imagine Apple, Nike or any other company ignoring their customers.

If you’ve never heard of SMS phishing, or SMiShing, you’re not alone. Most people aren’t aware of … END_OF_DOCUMENT_TOKEN_TO_BE_REPLACED

Have you been searching for an efficient way to stay connected to your customers? Customer … END_OF_DOCUMENT_TOKEN_TO_BE_REPLACED