You are here: Home / Mobile Web / New Findings on U.S. Smartphone Use

Mobile is huge. Old news, yes, but there are new findings on U.S. smartphone use. 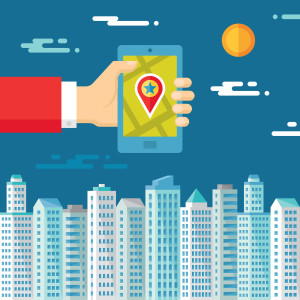 Even though millions of Americans use smartphones for daily activities such as reservations, shopping, entertainment, and more, the term “going online” still brings to mind the image of someone at a desktop (or these days, maybe an iPad).

However, according to Pew Research, “nearly two-thirds of Americans own a smartphone, and 19% of Americans rely to some degree on a smartphone for accessing online services and information and for staying connected to the world around them — either because they lack broadband at home, or because they have few options for online access other than their cell phone.”

At the same time, though, “The connections to online resources that smartphones facilitate are often most tenuous for those users who rely on those connections the most.”

Research also shows that “12% of African Americans and 13% of Latinos are smartphone-dependent, compared with 4% of whites.” Also, “Lower-income smartphone owners are especially likely to use their phone during a job search. Compared with smartphone owners from households earning $75,000 or more per year, those from households earning less than $30,000 annually are nearly twice as likely to use a smartphone to look for information about a job — and more than four times as likely to use their phone to actually submit a job application.”

For older users, “Mobile news consumption is common even among older smartphone owners, who tend to use these devices for more basic activities. Four-in-ten smartphone owners ages 65 and older use their phone at least occasionally to keep up with breaking news, half use it to share information about local happenings, and one-third use it to stay abreast of events and activities in their community.”

We don’t know about you, but we’re starting to have a hard time remembering what life was like … END_OF_DOCUMENT_TOKEN_TO_BE_REPLACED

These are scary times for small businesses. All nonessential businesses have been closed by order … END_OF_DOCUMENT_TOKEN_TO_BE_REPLACED

Coronavirus, or COVID-19, is impacting every facet of life for citizens on a global scale. As health … END_OF_DOCUMENT_TOKEN_TO_BE_REPLACED

SPARKS! had an on-time OPENING today, but may be closing earlier in the DAY because #webackthebirds! ⚾️ ... See MoreSee Less

Happy Doctor's Day! We are thankful to all of the front line workers, today and every day. We especially thank and recognize the doctors at Timonium Dental, Ballenger Chiropractic, Lutherville Acupuncture, Towson Acupuncture Associates, Genesis Family Dental, and Sarah's House! ... See MoreSee Less