Social media the best way for presidential candidates to announce their campaigns? 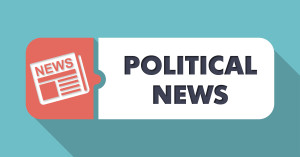 In today’s social media saturated age, as more politicians announce their presidential candidacies to officially begin their campaigns, it would be easy to think that platforms such as Facebook, Twitter and others would replace the traditional speeches. However, speeches are still the preferred way, so far, for most of the declared candidates.

2016, though, has seen Hillary Clinton and Ted Cruz go online first to make their announcements. Hillary Clinton used an online video on her website, as well as Twitter, while Ted Cruz tweeted “I’m running for president and I hope to earn your support!” (Remember, online video for marketing is expected be a trend this year). Of course, every candidate has a Facebook page.

Social media announcements have still to catch up. According to Pew, “Since the 2004 election cycle, 27 of the 41 candidates who appeared in the Republican or Democratic presidential primary debates (or have announced for 2016) included a public address in their formal announcement, according to our calculations” 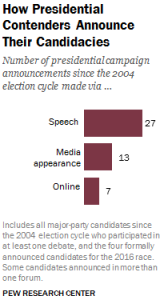 Will 2016 be the election cycle when candidates use newer platforms to get in front of their audience and ahead of their opponents?

If you’ve never heard of SMS phishing, or SMiShing, you’re not alone. Most people aren’t aware of … END_OF_DOCUMENT_TOKEN_TO_BE_REPLACED

Have you been searching for an efficient way to stay connected to your customers? Customer … END_OF_DOCUMENT_TOKEN_TO_BE_REPLACED

I am so thankful to work beside you and learn from you each and every day. Love you! - LP ... See MoreSee Less

Social Media is a great way to stay up-to-date with friends and family, but beware! Sharing, or in some cases oversharing, can have repercussions when it comes to insurance rates and claims.

Your social media could affect your insurance rates | Coverage.com

In honor of Memorial Day Weekend, SPARKS! will be closing tomorrow, May 27th at 12:00pm and remain closed through Monday, May 30th. We will resume normal business hours on Tuesday, May 31st. ... See MoreSee Less