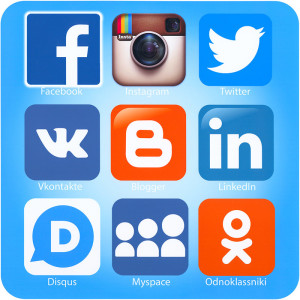 Each day, another new survey comes out about teens’ use of social media. Recently, conventional wisdom thought that teenagers were abandoning Facebook and switching to other social media platforms such as Pinterest, Instagram and others on which their parents were not present. However, according to a new survey by Pew Research, over 71% of teens still use Facebook.

Today’s teenagers are the social media generation. They have not grown up without the presence of Facebook, Instagram, Pinterest, and all of the other social media platforms that are out there. Hence, they use daily, with 56% saying they use it several times a day, with a further breakdown as follows: “three-quarters (76%) of teens use social media, and 81% of older teens use the sites, compared with 68% of teens 13 to 14.”

Pew found that “Among the 18% of teens who only use one site, 66% use Facebook, 13% use Google+ and 13% use Instagram. Just 3% of the single site users use Snapchat, and another 2% say they use a site we didn’t ask about in the list, including Wattpad (a reading site), Youtube, Oovoo and ifunny, among others. Less than 2% (each) report using Twitter, Vine or Tumblr as their sole social media platform . . . Facebook is the most popular of all the social media platforms included in the survey, with 71% of all teens saying they use Facebook. Boys and girls are equally likely to report using the platform, but older users ages 15 to 17 are more likely to use it than younger users 13 to 14. Much of the difference is located within the youngest age group — the 13-year-olds — of whom less than half (44%) say they use Facebook, while of 77% of 14- to 17-year-olds report use.” 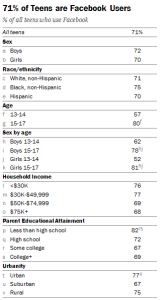 Clearly, Facebook should still figure highly in your marketing campaign.

If you’ve never heard of SMS phishing, or SMiShing, you’re not alone. Most people aren’t aware of … END_OF_DOCUMENT_TOKEN_TO_BE_REPLACED

Have you been searching for an efficient way to stay connected to your customers? Customer … END_OF_DOCUMENT_TOKEN_TO_BE_REPLACED