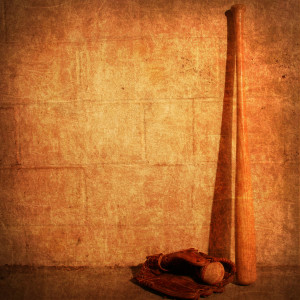 Opening Day has come and gone. Millions of Americans that have been eagerly awaiting baseball’s first day can sit back and watch their teams slug it out for the next several months. However, only the diehard and occasional baseball fan knows when opening day is and looks forward to it.

This is becasue baseball is still behind other sports when it comes to marketing. In terms of popularity, basketball players such as LeBron James are more well-known than players like Mike Trout and Clayton Kershaw. But MLB is trying to change that.
In an article the L.A. Times, Tony Pettit, Chief Operating Officer of Major League Baseball, speaks about overcoming this challenge. Comparing baseball players to LeBron James, Pettiti admitted that the MBL is doing more to get players into the public’s consciousness, yet admitted that comparing them to basketball players like Lebron James is not equal, ” . . . you’re also comparing them to somebody who, on that scale, is kind of at an all-time high now. I think our guys are still pretty big stars.”

In an interview with AdWeek, new baseball commissioner Rob Manfred spoke about reaching further, saying that MLB has “hired two new agencies, Anomaly, and then LatinWorks, which is [running our most comprehensive] Hispanic-focused marketing effort.” As well, when asked about streaming, he said, “[while] we stream outside our local markets—we are not currently streaming games in market.” As for mobile devices, “it’s a huge opportunity for us. Our presence with MLB.com and MLB Advanced Media on mobile, it’s a huge strength in this industry. It’s a strength that will continue to go on and go forward.” When asked about social, he said, that “social media is a space that we need to continue to work on. You know, our principle efforts with respect to the pure marketing of the game are going to be player-focused. We’re at an interesting spot from the generational perspective—the Derek Jeter generation has kind of moved on, and we’re going to be making a conscious effort to market the new stars of the game—the Mike Trouts, the Clayton Kershaws and Andrew McCutchens. Those folks are great players and great young people, and that’s going to be a principle focus of our marketing efforts. Social is important, obviously, particularly with younger players who kind of carry younger fans.”

Pettiti also admits that baseball’s challenge stems from it being regional: “[a] major challenge comes as an unintended consequence of baseball’s regional television windfall. As teams reap billions in rights fees from local TV outlets, fewer broadcasts are aired to a national audience, where a league can spotlight a prominent player.” The MLB is also “creating ads designed to stay fresh long after opening day. The ads have built-in templates that allow for immediate digital updates to react to great moments and events.”

As the season goes on, I’m sure there are lessons we all can learn from the MLB.

If you’ve never heard of SMS phishing, or SMiShing, you’re not alone. Most people aren’t aware of … END_OF_DOCUMENT_TOKEN_TO_BE_REPLACED

Have you been searching for an efficient way to stay connected to your customers? Customer … END_OF_DOCUMENT_TOKEN_TO_BE_REPLACED

The consumer data that companies are able to access is growing each and every day. Many companies are using this data for internal decisions and gains. McDonald's, instead, used it to give a free meal to someone going through a tough time. Human compassion and consumer visibility for the win!

A Customer Found a Short Note With Their McDonald's Delivery. It's a Master Class in Marketing

Wishing you a SPARKling Independence Day with Family & Friends! 🇺🇸💙

SPARKS! will be closed today in honor of the holiday. We will reopen tomorrow, Tuesday, July 5th. ... See MoreSee Less