You are here: Home / Marketing / Claims of "The Best" Can Backfire 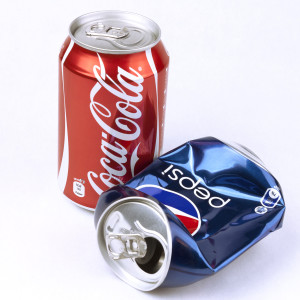 Your new product has come out. Of course, you want your target audience to hear about it and to purchase it. Like many companies, you tout your new product as “The Best” and you begin an ad campaign which utilizes comparative advertising. Your competitors cannot top your product or service, your ads imply, or outrightly declare. Naturally, you think this is good advertising.

But is it? Can this approach backfire on you?Comparative advertising is a strategy in which a company compares its product or service, deeming it to be superior in its benefits and costs, alongside of its competitors in an ad. This type of advertising, by the way, is not used solely in commercial purposes, but it is also used in political advertising – a candidate compare his/her record against an opponent’s. And we all know the disappointment we usually experience when we find that who we thought was the better candidate, was not.

But when a company claims superiority of its product or service, the campaign can go pear-shaped, if the company isn’t careful. In an article in this month’s Harvard Business Review, researchers showed that “comparative ads . . . activate something known as the maximizing mind-set, which leads people to regard anything that’s less than perfect as a waste of money.”

The researchers say that “although some people are ‘maximizers’ by nature and others tend to be content with ‘good enough’, those attitudes aren’t fixed.” In an experiment conducted, university students chose the best option among “several compensation packages, mortgage deals and the like. (A second group was simply asked whether the options differed.) [A]ll the participants [then chose] a snack.”

Half of those received the snack they chose, while half were given a substitute, with the explanation that their first choice was no longer available. They then had to rate their snacks. Those “primed for the maximizing mind-set and then denied their choice of snack expressed significantly more dissatisfaction” than the others. The lack of availability of the first choice snack also influenced the participants’ willingness to pay extra for the snack and “increased their willingness to switch to a different brand.”

Companies, the researchers say, “should think twice about comparative ads and assertions of ‘optimal features’, lest their products fall short in any way.” Like not being available to potential buyers.

We don’t know about you, but we’re starting to have a hard time remembering what life was like … END_OF_DOCUMENT_TOKEN_TO_BE_REPLACED

These are scary times for small businesses. All nonessential businesses have been closed by order … END_OF_DOCUMENT_TOKEN_TO_BE_REPLACED

Coronavirus, or COVID-19, is impacting every facet of life for citizens on a global scale. As health … END_OF_DOCUMENT_TOKEN_TO_BE_REPLACED