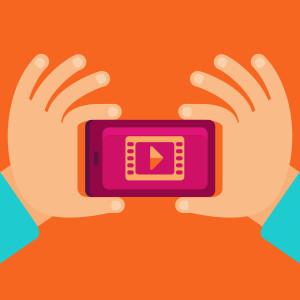 In the U.S., mobile usage continues to show how ubiquitous it is, and how dependable on it we have become. According to a report by comScore, in March of this year, the number of mobile-only internet users outnumbered desktop-only users.

We’re doing almost everything on mobile.

As I wrote recently, they allow us to purchase things as we go along, make reservations, check and answer e-mail, make a doctor’s appointment, and a whole host of other activities, which undoubtedly is responsible for the surpassing of desktop-only internet users. For marketers, this is more good news.

comScore reported that “Just a year ago, there was still nearly twice the percentage of desktop-only internet users (19.1 percent) as mobile-only users (10.8 percent). While the share of mobile-only users has climbed over the past year to 11.3 percent, the desktop-only population has drastically declined to just 10.6 percent. Of course these numbers also tell us that the vast majority of the digital population (78 percent) is multi-platform and goes online using both desktop and mobile platforms.” This is illustrated in the following graph. 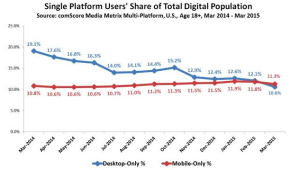 This shows how sophisticated and technologically advanced mobile phones have become. However, it does not mean that desktop or laptop computers will be of no use. They still offer certain benefits that a mobile device does not, specifically, they’re still needed in offices, for schoolwork, personal use, etc.

Of course, marketers should not neglect the large screen for mobile devices. We are, it shows, becoming more and more “mobile-first”, as more people can do almost anything on their mobile devices that they can on their laptops.

For anyone trying to reach their target audience, the numbers show that, while you should still implement traditional online marketing, you must include mobile in your strategy.

If you’ve never heard of SMS phishing, or SMiShing, you’re not alone. Most people aren’t aware of … END_OF_DOCUMENT_TOKEN_TO_BE_REPLACED

Have you been searching for an efficient way to stay connected to your customers? Customer … END_OF_DOCUMENT_TOKEN_TO_BE_REPLACED

I am so thankful to work beside you and learn from you each and every day. Love you! - LP ... See MoreSee Less

Social Media is a great way to stay up-to-date with friends and family, but beware! Sharing, or in some cases oversharing, can have repercussions when it comes to insurance rates and claims.

Your social media could affect your insurance rates | Coverage.com

In honor of Memorial Day Weekend, SPARKS! will be closing tomorrow, May 27th at 12:00pm and remain closed through Monday, May 30th. We will resume normal business hours on Tuesday, May 31st. ... See MoreSee Less