You are here: Home / Advertising / The Potato – the Greatest Image Makeover 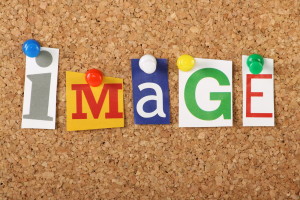 The potato, that simple vegetable that has become such a staple of our diet and which has many nutritional benefits, was a part in one of the greatest image makeover ever. After it was introduced to the European continent via Spain in the 16th century, it was looked upon with utter distaste.

In much of Europe, the potato was hardly deemed fit for human consumption, with even farmers in Prussia declaring that not even their dogs would eat it. This reaction was of concern to Frederick the Great, King of Prussia at the time, who was trying to encourage his subjects to cultivate and eat the potato, seeing its potential to feed his nation and lower the price of bread.

Using reverse psychology, Frederick decided to change people’s perception of the humble tuber: he ordered potatoes to be planted in a (not so) heavily guarded field, the produce of which only he and his family would have access to. Obviously, peasants nearby perceived that if the potato field had to be heavily guarded, then the potato must be worth stealing, which they did. The result? Their perception of the tuber changed.

In marketing, influencing people’s perceptions is one of the biggest challenges. When consumers encounter a brand or a product, they will instantly react to it either negatively or, if not outrightly positive, with some positive inclinations. It is up to marketers to effect a positive reaction from their target audience.

One of the biggest concerns consumers have about a brand or product is its trustworthiness. There are simple steps, however, that can help project the feeling of trustworthiness –

The message. Advertising will convey something about your brand. Your choice of spokesperson will also determine whether or not you leave consumers with a positive view of who you are. If it is a public figure, your brand will not want to be associated with someone with negative publicity (think back to Nike and their choice to drop Tiger Woods).

Design. Design plays an important role in winning over consumers. If your ad is design poorly, whether it is through social media or traditional advertising, consumers will more likely ignore it. It is important to hire professionals who can create attractive ads for your product to keep the attention of your target audience.

Value. Before a potential consumer becomes a consumer, he or she will want to know what value your product will have for them. Value can be monetary or a positive emotional or health benefit.

And what became of the humble tuber beyond Prussia? It gave rise to modern industrial agriculture, as well as feeding the world.

If you’ve never heard of SMS phishing, or SMiShing, you’re not alone. Most people aren’t aware of … END_OF_DOCUMENT_TOKEN_TO_BE_REPLACED

Have you been searching for an efficient way to stay connected to your customers? Customer … END_OF_DOCUMENT_TOKEN_TO_BE_REPLACED